CoQ10 for fertility: Does it improve egg quality?

The answer is no. And science never said it did.

Please let me demonstrate why no scientist has said CoQ10 improves egg health or pregnancy outcomes, by referencing for you the scientific publications and the conclusions by the researchers who did the actual studies. You will be able to see for yourself that everything about the effectiveness of CoQ10 to improve egg quality and pregnancy outcomes has been omitted by the marketing entirely.

CoQ10 and its popular brand Ubiquinol is the most consumed and probably worst construed product for improving egg quality. Women consume millions of bottles of CoQ10 and Ubiquinol a year hoping that it will improve their ovarian health and egg quality. Websites abound with the egg improving benefits of CoQ10. How can they be all wrong? Didn’t they read the science?

There is nothing wrong with taking CoQ10 and it is not harmful (as far as any study has shown). It has been famously shown that CoQ10 levels naturally decrease in women over 30, and that by taking CoQ10 you can stem the tide of this natural decline, but not indefinitely.

How does CoQ10 work? It has been proven to increase mitochondrial activity, which basically means that the power stations in each of your cells appear to work more.

Because it doesn’t actually help these people.”

So how did CoQ10 become so famous for improving egg quality? Marketing.

You will read on the famous natural-fertility-info.com site that A study published in Fertility and Sterility showed that supplementation of 600 mg of CoQ10 daily by older women improved both egg quality and fertilization rates.”

What it doesn’t tell you are the conclusions of these studies. For the study they do not reference called “Coenzyme Q10 Supplementation and Oocyte Aneuploidy in Women Undergoing IVF–ICSI Treatment” supplementing 600 mg of CoQ10 in 100 women between the ages of 38-43 the researchers concluded…No significant differences in outcome were detected between the CoQ10 and placebo groups.”

Natural-fertility-info.com also goes on to say…Other studies published in Fertility and Sterility also showed the same improvements in the ova of older mice.

When you read the study the researchers conclude…“As CoQ10 administration improved breeding outcomes, slowed down follicle loss, and improved oocyte mitochondrial energetics in the aged animal (mouse) model, it is tempting to propose that dietary CoQ10 supplementation could have beneficial reproductive effects in women seeking to conceive at a later age. While our results in an animal model appear promising, there are tremendous differences between aging mice and women, not the least of which is the order of magnitude difference in life expectancy. In relative terms, the use of CoQ10 for 12–16 weeks in a mouse is equivalent to about a decade in human. In addition, it is unknown whether a mitochondrial nutrient such as CoQ10 alone could reverse the impact of decades of environmental exposure of oocytes in human. Additional large‐scale studies on dosing, length of treatment, and clinical outcomes safety are necessary before the use of CoQ10 in a clinical setting.”

Just so you know the “large-scale studies on dosing, length of treatment and clinical outcomes safety” have never been done, even after the recommendation from this ground-breaking study.

So how can women use CoQ10 to help their egg health?

If CoQ10 does indeed create real-world outcomes for women, (let’s support the hype and not the science for a moment), then women who want to have children later in life should start taking CoQ10 approximately 10 years before wanting to have children, and in their early 30’s. It preserves egg quality in mice; it does not improve it. Could it possibly help women who are older and in a short amount of time? Science says not: marketing says’ “it can’t hurt.”

Will this revelation and delve into the science around using CoQ10 for egg health stop anyone from taking it? Probably not, but at least now you know what it does and doesn’t do. You also know that everything you have heard about CoQ10 to improve egg quality is hype not science. Most importantly if you are looking for CoQ10 or Ubiquinol to help you improve your egg quality – it just doesn’t. You should look elsewhere. 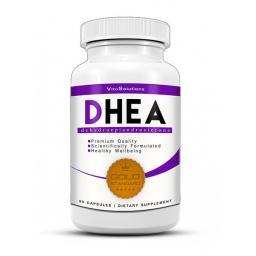 There has been much discussion as to whether people should take DHEA. Some countries banned it because it is classified as a human steroid. Most countries have now relented a let people take it.

What do you make of this study?

Great study with positive outcomes for those involved! It would have been nice if the study were to include women over the age of 35, who make up the largest demographic of women struggling with ovarian reserve problems, where ovarian reserve and AMH decline rates are accelerated and IVF has the hardest time creating positive pregnancy outcomes.
IVF success rates of women below 35, regardless of diagnosis have always been higher, than women over 35, with IVF success rates taking a steep decline for women over 40, regardless of diagnosis. Naturally higher rates of fertility in women under 35 make the sample group more likely to have a positive outcome with IVF, regardless of augmented treatment prior to the procedure. It may be a reasonable conclusion that the positive outcomes found in this study were skewed due to the age group included, and the age group excluded rather than the effects of the therapy. Retesting the findings of the data on women between 35 – 45 would most likely see similar results to those already available in other studies – significantly decreased effect and diminished positive outcomes.
Thanks for the share.

Hi Dr. Scott, I have been taking the Ovance and Maybe 1 formula; I am happy to share my AMH result … Two years ago my level was 1.25, then we did IVF, 2 rounds of egg retrieval, and my AMH went down to 1.05. I just started using Ovance and I am very thrilled with my AMH result, back to 1.25. This is just the beginning, and thank you for this amazing product!

I just wanted to let you know that I just received a positive pregnancy test. I’m 44 years old, and I am on round one, bottle #3 of the Ovance, AMH formula. So this formula works and I had not even finished the third bottle!

I have been using the Ultimate Fertility Combination and I just wanted to let you know that our sweet healthy little girl, Xavia Simone, is due December 6, I’m now 20 weeks pregnant! Several of my friends/ family will be reaching out to you! Thank you!

The Ultimate Fertility Combination is very easy to take and doesn’t upset your stomach. I’m 42 and had an AMH of only .18 when I started the product and also had very light flow every month. Although we still haven’t conceived yet, my AMH did double and my period flow improved greatly. I highly recommend the product.

I have very low AMH/high FSH and imbalanced hormones. I have been taking this combination for 5 months now. I have noticed deeper sleep at night and more energy during the day. I also have had a greater amount of cervical fluid around my ovulation time, that I did not have much of before taking these pills. I am not pregnant yet, but feel better overall and have not had any negative side effects from these herbs. I highly recommend these herbs.