Why does your doctor say, “You can’t raise AMH levels?”

One simple reason: they don’t know any better.

“Doctor knows best” is on its way out.

Visiting your doctor is the first port of call for most people when sick. Today the idea that “If my doctor can’t help me, then no-one can,” is standard for many people. Alternative Medicines are used by millions of people daily yet Modern Medicine dismisses them out of hand as “unproved and unscientific.” The possibility that alternative treatments can help problems that Modern Medicine can’t, is something doctors and people struggle to believe. Is it because it is not true, or that we have been conditioned to think that way?

The public at large and physicians tend to believe that medicine is a perfect science rather than an imperfect art.

One hundred years ago doctors would drink their patient’s urine to help with diagnosis. “Soothing syrups” laced with narcotics were the first order of treatment for children. Heroin was used for coughs, mercury for STD’s. Fifty years ago tobacco advertising showed scientific evidence of the benefits of smoking. It wasn’t until the 60’s that an icepick through the eye socket into the brain was not the best treatment for depression.

We know these things to be ludicrous now but were once standard medical treatment. How many things do we currently take for granted will also be ludicrous in 100 years? Only time will tell.

People believe that improvements in science have brought about better medicine. Scientific method proves effective treatments. Falling prey to unscientific and foolish treatments should no longer exist. Science protects us from what is true and what is not.

Science and medicine are vulnerable to mistakes.

“Think what number of drugs that for years had an honored place in the pharmacopeias have fallen by the way. All used with apparent success and then found to be inert.” See the full article here

Aspirin is a household drug. Its ability to thin the blood helps slow down the recurrence of heart attacks and strokes. On this success, a favorable medical trend developed. Doctors prescribe aspirin to healthy people as a preventative for cardiovascular disease. For decades now aspirin has been keeping healthy people healthy. However, this was not based on science, rather a hunch based on science. A large 2010 study showed that aspirin prescribed to healthy people does harm but no good. Aspirin induces bleeding disorders, and not one single positive effect has been recorded. It seems that science has not delivered us from the mistakes of the past. See the full article here.

There is 21st Century belief that “If science hasn’t proven a thing to be true; hence, it must be untrue.” Science is the foundation of Modern Medicine. Ergo, “If Modern Medicine cannot fix it, Science says it cannot be fixed.” These two statements represent a fundamental attitude of doctors in Modern Medicine.

“Only Modern Medicine can define what is medically possible.”

Intuition would suggest this statement is unlikely. The belief prevails. The following is also true of the medical industry.

“Bias and lack of education attribute to 40% of hospital deaths due to misdiagnosis in the UK.” See the full article here.

Modern Medicine is as fallible as the rest of us.

Believing only Modern Medicine has the answers, is bad news for those whom medicine fails. What is worse is that most doctors do not know what to do when it does fail. Treatments often fall short of expectations. Despair and helplessness usually follow patients whose medical treatment have failed. Many doctors are unable to refer these people on to other modalities. Rules bind doctors to whom they can refer patients when they can no longer help.

Alternative solutions are necessary for people whose medical treatments have failed.

“Alternative medicines are unproven, unscientific and don’t work,” is a common perception. “If my doctor hasn’t heard of it, it must not be any good,” is another misconception. Millions of people daily, receive benefit from these “unscientific and unproven” alternative therapies. When a doctor says something doesn’t work, and the patient discovers it does, who is looking silly now? Governments are installing acupuncture in hospitals around the world. Acupuncture is helping curb the opioid epidemic created by prescription medicine. See a full list of hospitals using acupuncture here.

When a patient asks, “What else can be done?” the answers go beyond the training of your doctor. Asking your doctor’s opinion on something they have no experience or training in will not give you an informed answer. In most cases, your doctor is unaware of the capabilities of alternative therapies.

It is a failure of Modern Medicine not to educate our doctors on the effectiveness of alternative therapies.

Proof of benefits using some alternative therapies over Modern Medicine is supported by scientific research. Regardless of effect and benefit to patients, these treatments will not be included into Modern Medical practice. Doctors and people ask for scientific evidence of alternative treatments. Yet when provided, ignore the conclusions. See the full article here.

The Modern Medical industry actively excludes other modalities from its practice. It is up to the patient to find answers when the medical industry has none. Modern Medicine makes mistakes. Doctors and science make mistakes too. Medical knowledge and advice are still young. Adopting the attitudes of your doctors when their treatment fails is not going to solve your problem.

Seek out professionals for other modalities and ask their advice. See if what they say rings true for you. 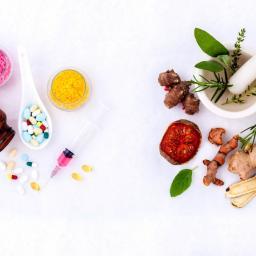 Hormone tests help determine treatments for fertility problems. The upper and lower limits of AMH and FSH hormone tests are not where your fertility falls off a cliff. Instead, these limits determine the probable outcome of medical treatment to work. 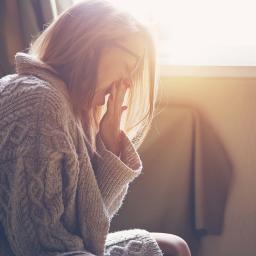 What All Women With Low AMH Have In Common

After years of interviewing and helping women with low AMH levels there is something they all have in common with each other. It is so fundamental it underpins their entire fertile health and is the primary reason for infertility. 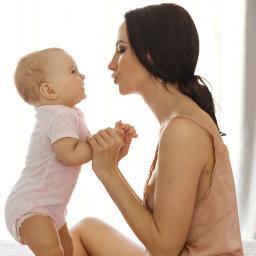 Low AMH is no the end to your fertility; it is a problem to overcome. Low AMH levels are a big problem for IVF…they don’t have to be your problem too. Here are 10 things you should know right now.

Took ovance the combo and it gone up at first it was 0.064 and now it 0.99 just only the 3 months supply not pregnant yet but fingers crossed I will be ordering more of them soon I wish I had done that before ran out hope it doesn’t fall back down thanks Dr.scott

I would like to know if a AMH count of 0.440 to low to get pregnant even though my FSH is fine

Hi Dr. Scott, I have been taking the Ovance and Maybe 1 formula; I am happy to share my AMH result … Two years ago my level was 1.25, then we did IVF, 2 rounds of egg retrieval, and my AMH went down to 1.05. I just started using Ovance and I am very thrilled with my AMH result, back to 1.25. This is just the beginning, and thank you for this amazing product!

I just wanted to let you know that I just received a positive pregnancy test. I’m 44 years old, and I am on round one, bottle #3 of the Ovance, AMH formula. So this formula works and I had not even finished the third bottle!

I have been using the Ultimate Fertility Combination and I just wanted to let you know that our sweet healthy little girl, Xavia Simone, is due December 6, I’m now 20 weeks pregnant! Several of my friends/ family will be reaching out to you! Thank you!

The Ultimate Fertility Combination is very easy to take and doesn’t upset your stomach. I’m 42 and had an AMH of only .18 when I started the product and also had very light flow every month. Although we still haven’t conceived yet, my AMH did double and my period flow improved greatly. I highly recommend the product.

I have very low AMH/high FSH and imbalanced hormones. I have been taking this combination for 5 months now. I have noticed deeper sleep at night and more energy during the day. I also have had a greater amount of cervical fluid around my ovulation time, that I did not have much of before taking these pills. I am not pregnant yet, but feel better overall and have not had any negative side effects from these herbs. I highly recommend these herbs.